Our Mass on the 23rd November at 7:30pm encouraged us to 'Break the Silence' on the persecution of Christians and all faiths, globally. We wear red and join together to focus this year on telling the stories of those persecuted for their faith.

Our celebration Mass with Father Raymond was very poignant. Katy spoke eloquently and provided fantastic insight into the issues that people across the globe face in simply trying to profess their faith. As Katy imparted, almost one third of the countries in the world have issues in allowing people to freely express their christian faith. It was a sobering reflection on these times that situations like this continue to exist in our world.

As usual, Our Home looked stunning in RED, both inside and out. 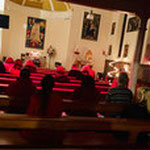 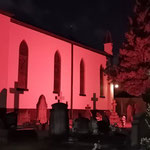 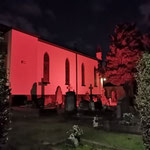 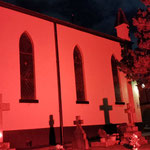 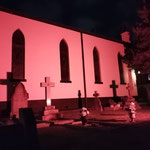 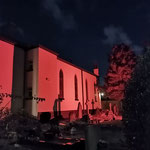 On this day, we stand together with persecuted Christians across the globe.

A Prayer for Freedom of Faith

The young boy watched his blood go from his body into his sister's. Trying to hold back the tears, he finally broke the silence with, "Doctor, when am I going to die?" The doctor then realized why the boy had looked so worried. To the young boy, giving his blood meant giving his life.

Please Pray for them